Denis Załęcki vs Mateusz Kubiszyn Stream online: Check where to watch the postponed fight of HIGH League 3. The broadcast of the match „Bad Boy” vs „Don Diego” will be available only online stream in the PPV system.

Denis Załęcki vs Mateusz Kubiszyn will take place on June 20 at 20:00. Originally, the fight was to take place on June 4 in the Tri-City ERGO ARENA during the HIGH League 3. Ultimately, the long-awaited confrontation did not take place due to safety reasons. A decision had to be made to end the gala prematurely.

Where will the fight between Denis Załęcki and Mateusz Kubiszyn 2022 take place ? The duel will take place in a unique place, with a unique setting, which is to compensate for the inconvenience related to the third installment of the event.

The broadcast of the fight by Denis Załęcki – Mateusz Kubiszyn 2022  will excite everyone who bought PPV and tickets for the High League 3 gala. Soon we will get to know more information on this topic. 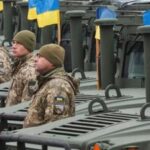